Do we produce for young audiences? The answer is yes, for them too. We aim to give our young audiences expressions they have not seen before, but that still has a resonance in their lives and world.

THE KITCHEN is our only production made especially for children (5 years+). However, all the other performances under our banner “Junior” is performances that have been performed with great success for teenage audiences around the world, allthough they were never made with a age specific target group in mind.

THE KITCHEN is recommened for age 5 and up and works well with school classes as well as family audiences. A DANCE TRIBUTE TO THE ART OF FOOTBALL seem to excite people of all ages, but for pure youth audiences we usually recommed a 12+ audience. THE BORDER, THERE and A DANCE TRIBUTE TO PING PONG needs a few more years of life experience to encounter, and works best for a 14–15 years+ audience.

Please feel free to contact the office for any enquires about our “Junior” programme. 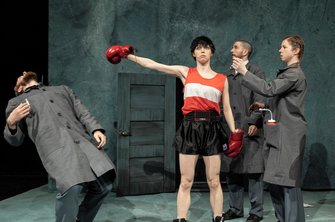 THE MINISTRY OF UNRESOLVED FEELINGS

The Ministry of Unresolved Feelings has scarce resources but an important mission. The caseworkers are responsible for solving problems that no other agencies can remedy. The paper stacks in the incoming tray grow ever higher, but a surprisingly high number of applicants have their cases reviewed. 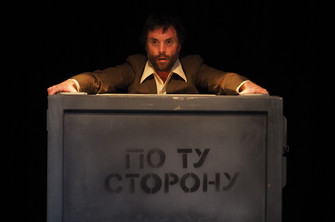 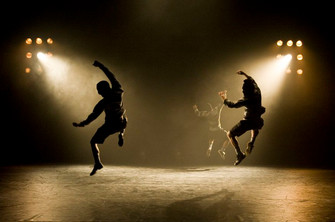 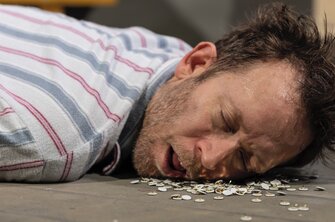 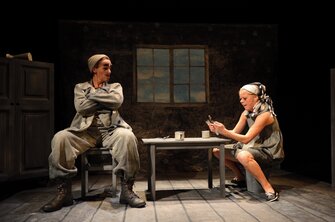 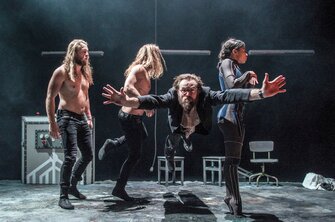 THE VIRUS takes place in a near future where something has gone terribly wrong. The source of the misery is found in a small desolate bunker: a machine that is infecting the world with a horrible virus. A small team sees the opportunity to solve the problem and give the world a restart, and an android is hired for the dangerous mission. But it turns out that even machines can have their own will, conscience and not least a very charming personality. 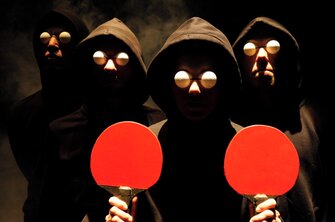 A DANCE TRIBUTE TO PING PONG

Ping Pong is not just a sport. It’s a philosophy. The intellectual recipe is a mix of Yin and Yang, Heaven and Hell, Stephen Hawking and Uri Geller, with a dash of Kahlil Gibran and Bruce Lee on top. 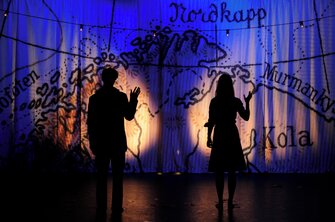 A man and a woman share a workplace. Mutual respect is a virtue but beneath the surface a territorial war is taking place. And the discovery of emotional addiction. To each other, to the game itself, or a vicious mix of both. 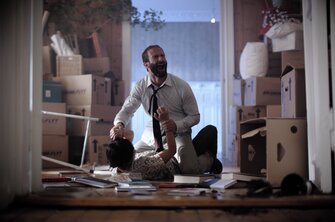 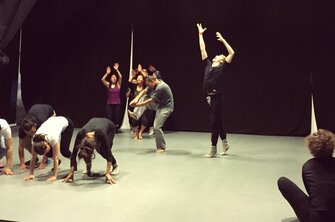 Jo Strømgren Kompani offers a great variety of workshops, both for trained performers and amateurs. The workshops are led by experienced members of the company, who will challenge the participants’ boundaries and maybe take them outside their comfort zone. We can promise that all our workshops are filled with exciting tasks, exploration of movement and language, and a lot of fun!