A complete and utter success. I’d see it again in a heartbeat.

The gags are numerous and irresistible, but the choreographer also masters the art of creating inventive movements and beautiful images.

Initiated in early 1997, the performance has proven to be the first of its kind. All research on possible earlier dance performances based on football has given no result. Except for a Russian choreographer who made a part-evening ballet in the 1930’s where one of the dancers portrayed a football player. This piece was unfortunately never documented. Apparently it was done with classical technique to classical music.

Our extensive tours with such a simple and clear idea produced a surprising stimulus to the creativity of many others. In the time after our impact both on international audiences and the ever so efficient grapevine, numerous football-dance shows started to pop up around the world. Way to numerous to be a coincidence.
And mostly with a similar choreographic touch. Sparks from those productions probably gave fire again to even more shows and events. We never knew why Andrew Lloyd Webber appeared on the first row at our London premiere with his producers and scribbling in his notebook during the whole show. We understood more when his football musical premiered in September 2000. We of course never invented neither football or dance, but we still wonder why nobody did the combination in the enormous gap between the Russian in the 1930’s and us in 1997. Contemporary dance in that period was supposed to have broken all barriers.

With an increasing amount of football on different stages, we simply decided to close the show down. We risked being copy-cats of ourselves. We did however two co-productions with other companies to fulfill other goals than the artistic ones. SKÅNES DANSETEATER did ”En hyllning til fotbollen” with extensive touring in Sweden specially for young audiences, and TANZENSEMBLE BIELEFELD did ”A Remixed Dance Tribute to Football” to attract new audiences when Germany hosted the World Cup.

12 years after its birth, the show has however come back to life again. Due to a neverending flow of requests and general demand from audiences, it’s back on tour from 2009 and on. 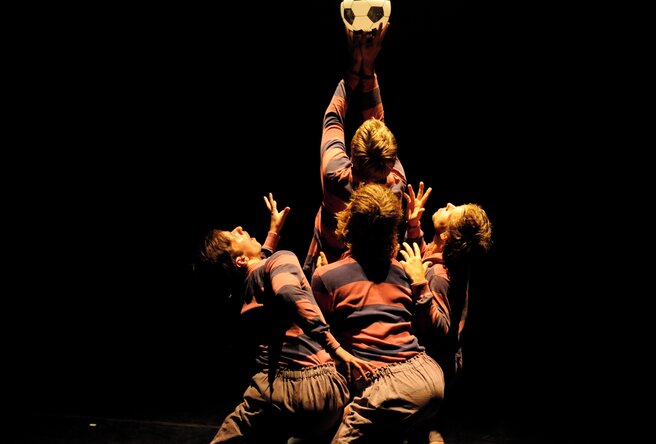 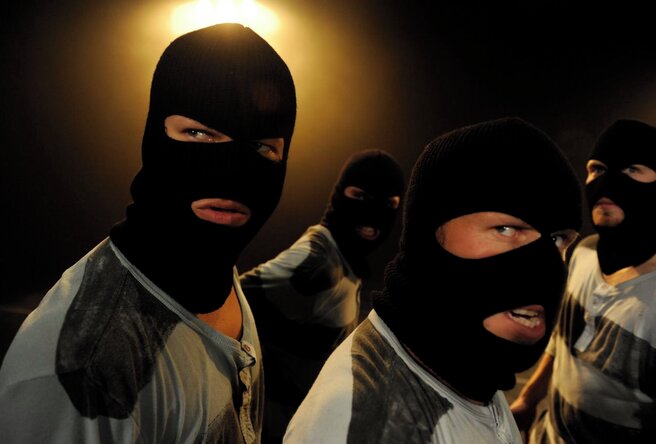 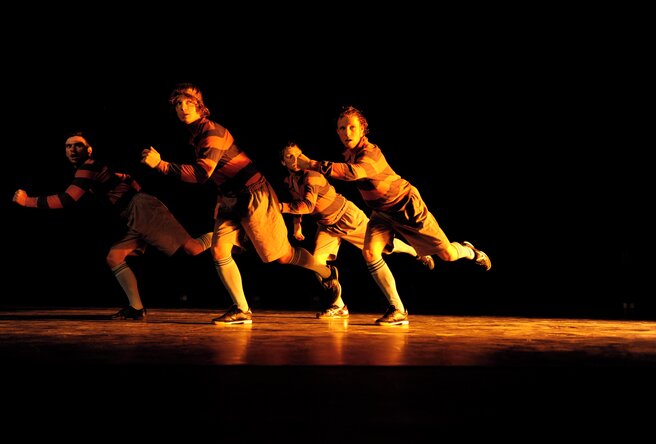 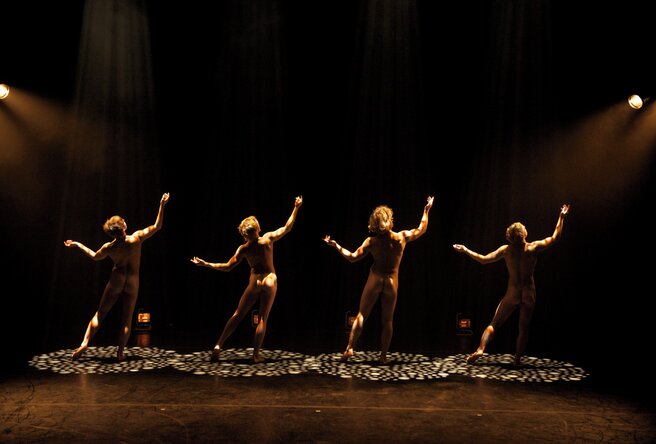 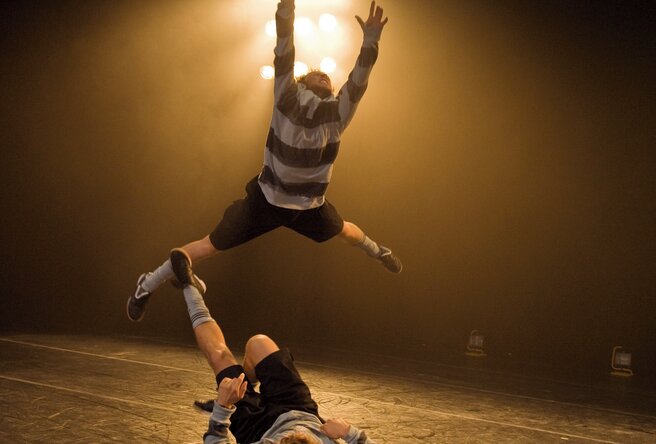 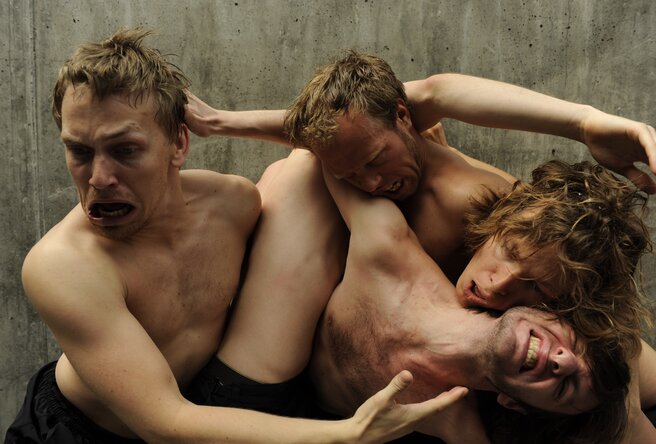 It’s a cheeky, rumbustious celebration of the physical exuberance of football and dance.

Behind the slow-motion replays, crotch-scratching rituals and satirical player stereotypes lurks a sophisticated take on a global obsession that says much about the human condition.

A marvel of mood and observation.