Tempo, timing and interactions are gleefully precise, and the performance is filled with energy and enthusiasm.

Ulla Marie Broch and Hanne Gjerstad Henrichsen are outstanding. Their mimic is sparkling, with or without words, the mime and dancing priceless.
★★★★★★

It was really funny and my favorite of all the plays that we watched.

They meet in the kitchen. None of them knows what to do, but both believe that they came first.

From there the story begins of how they agree to live together. This proves to be difficult. Both will do things their own way and none of them has much experience with either house or kitchen. And both are equally stubborn. But the sailor has always wanted a daughter and the girl has always wanted a father. Slowly but surely, they manage to find a common system. And slowly they begin to like each other. They even have quite a lot of fun together.

The Kitchen presents a fun but thought-provoking story where the theme is in multiple parallel levels. On the surface it’s about how two very different people, despite large differences, can create a co-existence. Not only as a compromise, but as an everyday symbiotic relationship, in which both are happier than before. The underlying associations may go to the challenges of the multicultural life in Norway and the rest of the world, eternal bilateral political disputes, and if you want to read the play with depth perception – clash of different civilizations. Our experience is that elegant and clever use of simple symbols is the most evocative, which also provides content for adults and parents. The theme is so universal that adults can discuss further with the children at the level they want. Our ambition is to provide a basis for explaining the world’s problems in an elementary way.

Ambitions as described above are however worthless unless the show works on the more concrete level. Absurd humor and a surprising course of action is the performance’s spine. As with our other productions, movement and choreographed situations is an important element. The two performers act, dance, and manipulate objects. The action is accompanied by a pre-recorded voice-over. The voice-over can be translated into different languages for international touring.

The Kitchen is Jo Strømgren Kompani’s first production made specifically for children and is a co-production with Brageteatret. 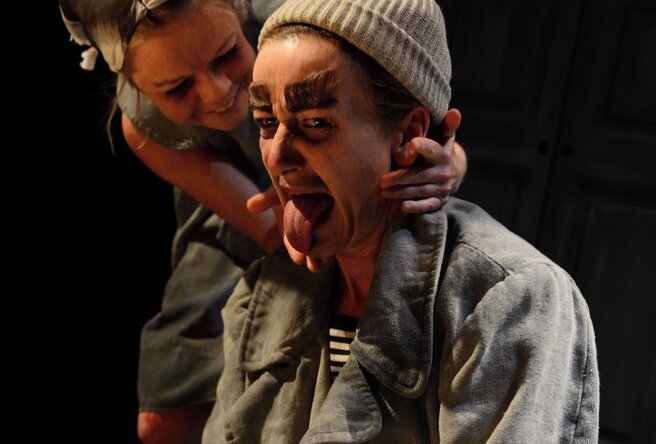 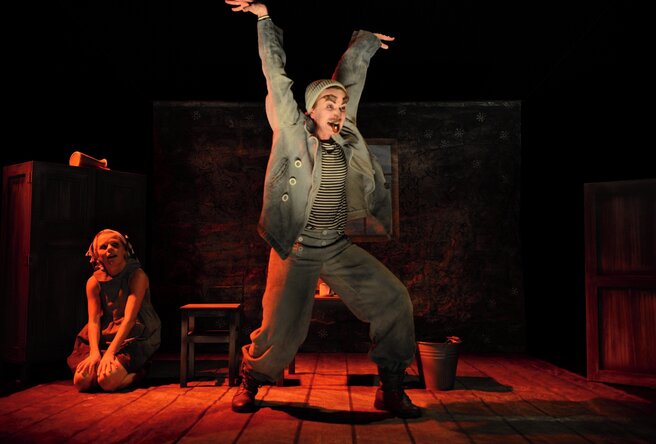 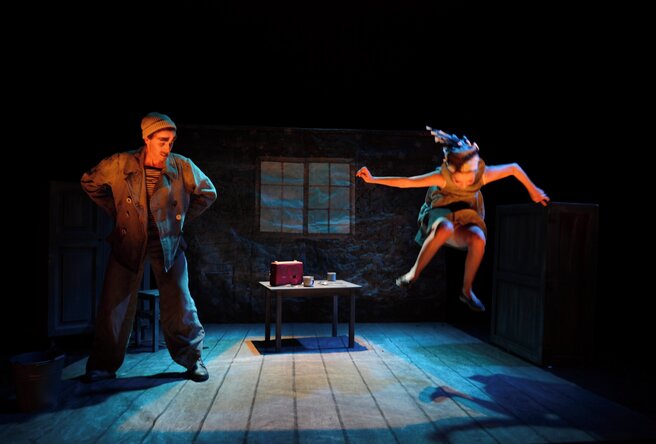 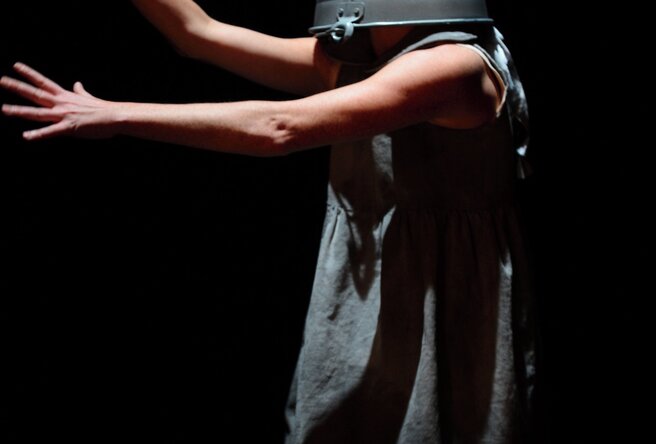 Norwegian Jo Strømgren has the courage to make anarchistic theatre for children […] Strømgren has read his Pippi Longstockings, but he creates the story uniquely.

The text is absurd, witty, poetical, and… extremely well written.

Although they didn’t speak Finnish all the time the audience could still understand the plot and the story. Their facial expression and gestures were easy to understand.