The result is impressive ensemble work from four performers whose look of unforced, alert connection adds to the mystery and sadness.

[…] wild dancing ensues, some based on contact-improv of the highest sort, performed with the agility of skilled dance artists.

THERE is by far the most requested performance the company has ever made. It was also the turning point where the company started to focus more on actors than on dancers, as well as initiating the company’s nonsensical language trademark. After more than 100 shows around the world, the performance proved that the theme was relevant to all regions and cultures. The issue of existential doubt is and always will be universal.

20 years after its premiere, the company sets out on yet another quest to pinpoint human insecurity, with both the original cast and a new cast of younger actors. The relaunch also reflects the strength of the company – its performances never go out of style. Perhaps because they are never trendy in the first place. 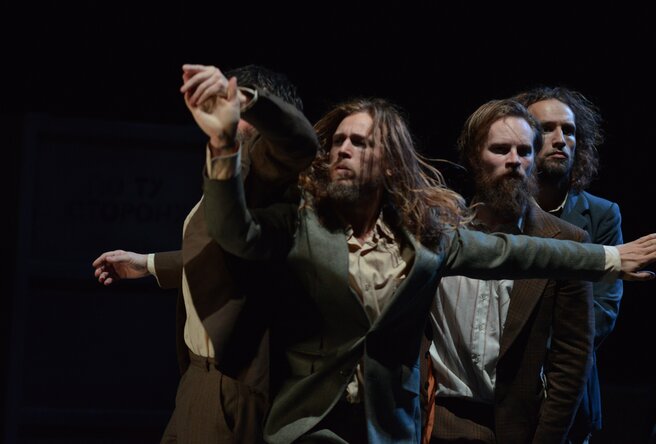 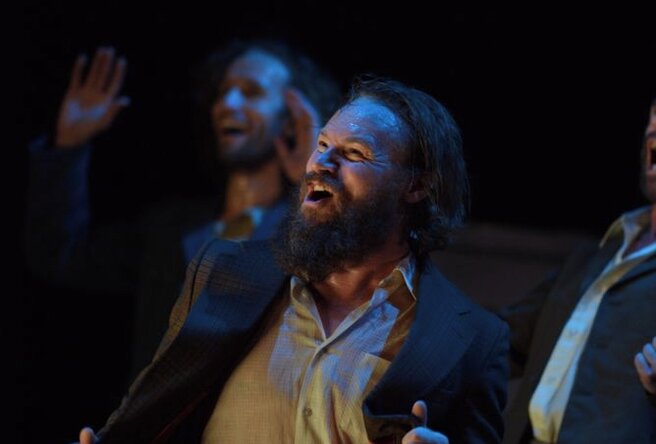 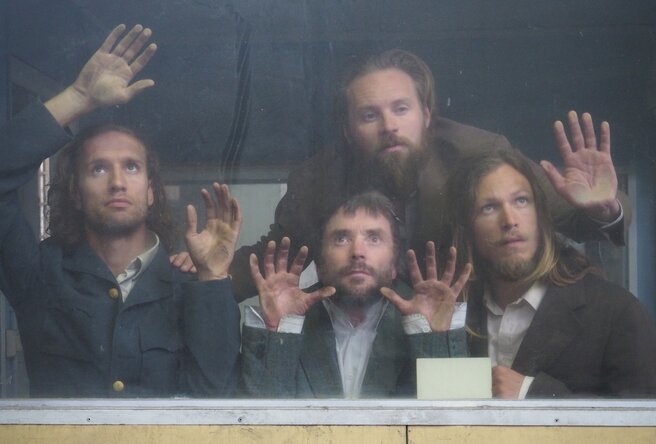 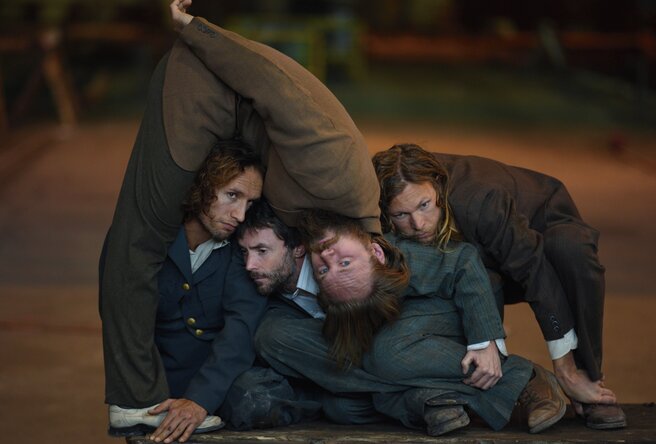 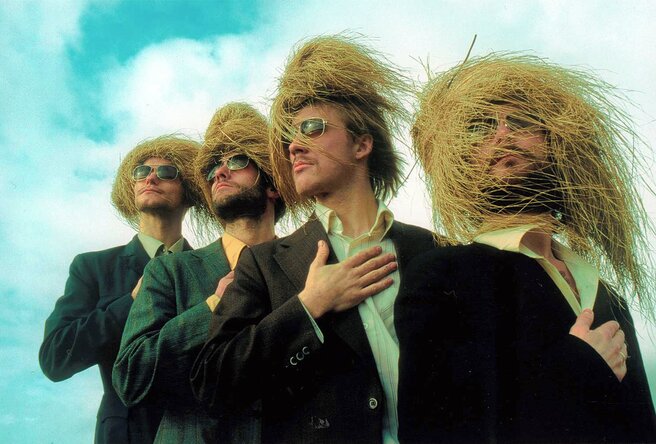 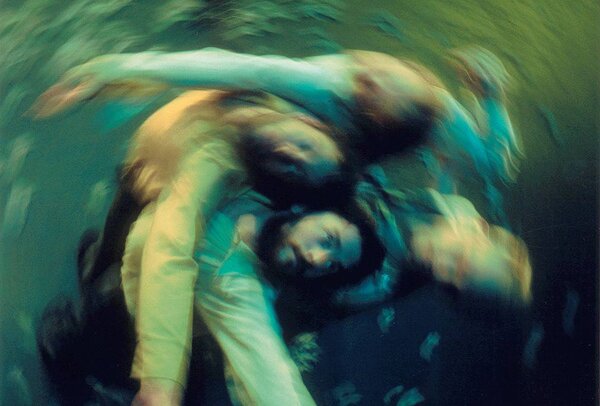 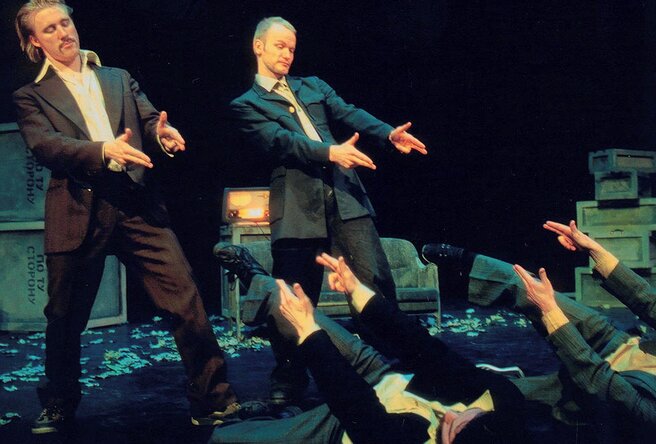 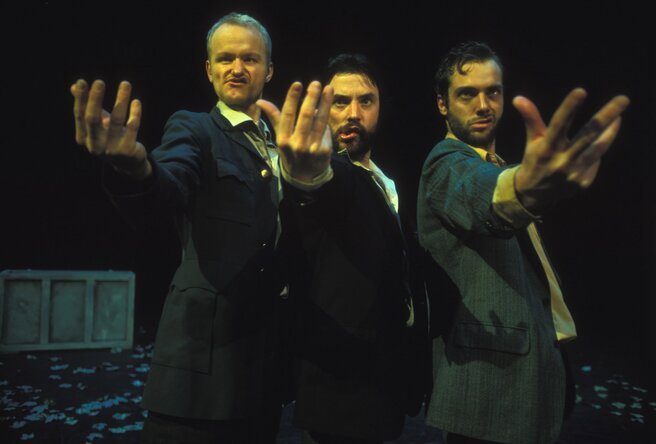 THERE is Eastern Europe. There presents the Russia you cannot understand with logic.

You have caught the quintessence of the Soviet Union.

THERE is something as rare as a deeply original, entertaining, and touching piece.

Strømgren elevates everyday behavior into the realms of the bizarre and the extreme.