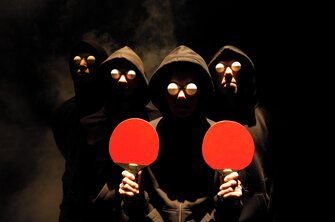 Coming up: Germany and Belgium

After standing ovations and great audiences during our Dutch tour in February, we are very much looking forward to the Belgian premiere of A Dance Tribute to Ping Pong in Aalst at De Werf next thursday.
Also, we are very exited that The Painter is playing two performances this week, at the Oldenburgisches Staatstheater. 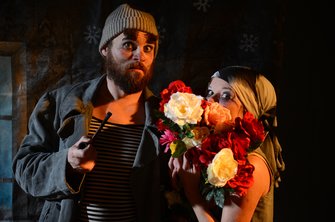 The Kitchen in Oslo

This week JSK will be performing THE KITCHEN at The Norwegian Opera House, JSK`s home stage in Oslo. THE KITCHEN premiered November 2013 followed by overwhelming reviews. “Tempo, timing and interactions are gleefully precise, and the performance is filled with energy and enthusiasm,” stated the Norwegian national television (NRK) after the premiere. Bring your kids and experience the energy yourself. 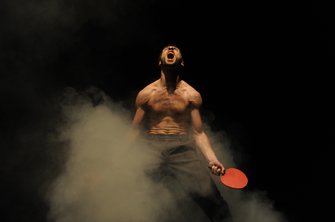 This week we are embarking on a dutch tour with A Dance Tribute to Ping Pong in collaboration with Van Baasbank & Co. We will visit Eindhoven, Alkmaar, Groningen, Arnhem and Tilburg in the following two weeks. Our coproduction with Ulrike Quade Company, The Painter, is also touring the Netherlands in February, starting off at the POPARTS festival in Amsterdam on the 9th of February. Be sure to catch one of our performances if you are in The Netherlands! 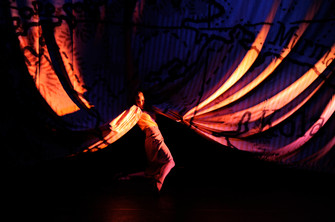 The kickoff for 2014 could not have been better. Jsk is celebrating the new year far from home, in the city of Macao, China. We are excited to present our performance The Border at Macao Cultural Center on January 4th, followed by participation on APAP New York from January 10th. 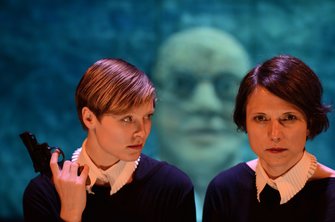 Jo Strømgren Kompani finishes off 2013 with being part of the official norwegian-italian celebration of Edvard Munchs 150t anniversary at the Teatro Verdi in Milan with The Painter. We wish our audience and followers all the best for the christmas holdays! 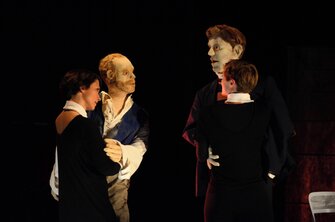 Munch and Van Gogh at the Opera

From the 6th to the 10th of December Munch and van Gogh can be seen at The Norwegian Opera and Ballet. Our coproduction “The Painter” with renowned dutch puppet company Ulrike Quade and Nordland Visual Theatre will have its Oslo premiere. We will play only 4 shows, so be careful not to miss out on this rare opportunity to see adult puppets discuss their passion for women, painting and themselves. 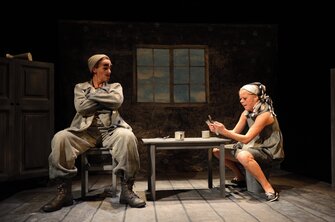 World premiere of The Kitchen

Jo Strømgren Kompani is proud to present the company`s first kids performance! The Kitchen is a co-production with the Norwegian theater Brageteatret, and premieres November 1st in Drammen, Norway. Other chances to see the performance in near future will be during Showbox Festival in Oslo on December 5th, and at our home stage The Norwegian Opera and Ballet February 2014. 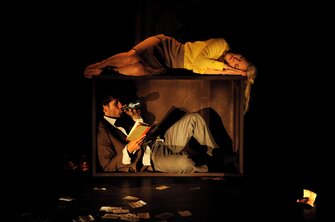 Busy weeks for The Border 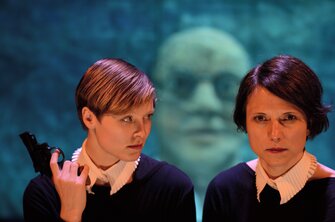 The Painter on the road

Our coproduction with Ulrike Quade Company and Nordland Visual Theatre has its dutch premiere at Theatre Bellevue in Amsterdam this weekend, after a european tour of both England and France. At The Bristiol Festival of puppetry it got a very nice review. It will tour an impressive 18 cities in the Netherlands before going to Norway in December, where it will have a run at the Norwegian Opera and Ballet.
We are also very proud that this performance will be part of the official program on the 12th of December, marking the 150th birthday of Edvard Munch. After celebrating his birth, the tour ends in Milan at the renowned Teatro Verdi. 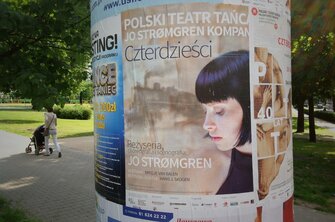 The coproduction Czterdziesci between JSK and Polish Dance Theatre comes to Oslo and Stavanger during the Coda Festival. It plays at the Norwegian Opera House on the 29th and 30th of September, and on the 2nd of October in Stavanger Kulturhus. We are absolutely thrilled to welcome our Polish collegues to Norway, and hope that our audience will use this rare opportunity to catch this performance! 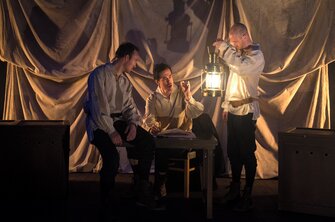 Origin of Species on a short visit to Norway

JSKs co-production with the innovative Danish repertory theater Mungo Park is back in Norway! Origin of Species premiered in Bergen in May this year and has enjoyed full houses and overwhelming reviews in Denmark. Come watch us opening the NonStopFestival in Moss on the 18th of September! Only chance in Norway in 2013!