A demonstration of creativity.
★★★★★☆

“Stromgren uses dance, theater, humor and other ingredients to explore (..). And the result is overwhelming, beautiful, touching, hurtful. Unforgettable.”
★★★★★

“The Door” aims to portray fundamental human features through a naivistic and associative scrutiny of a group of people separated by a wall. Everything seems more interesting on the other side and a narrow door becomes the important threshold of change. But as in life itself, people are never satisfied with what they have and the search for something better becomes an endless quest.

Are we free-spirited individuals, maybe even charming and creative, or are we merely chained to our behaviour like Pavlov’s dogs?

“The Door” marks a peak in the company’s 20 year long involvement in the Lithuanian theatre scene. Most of the company’s productions have been performed throughout the country since the warm reception of “Masculine Mysteries” at the very same Lithuanian National Drama Theatre in 1998. This is however the first time a collaboration features a full Lithuanian cast.

A co-production with the National Theater of Lithuania 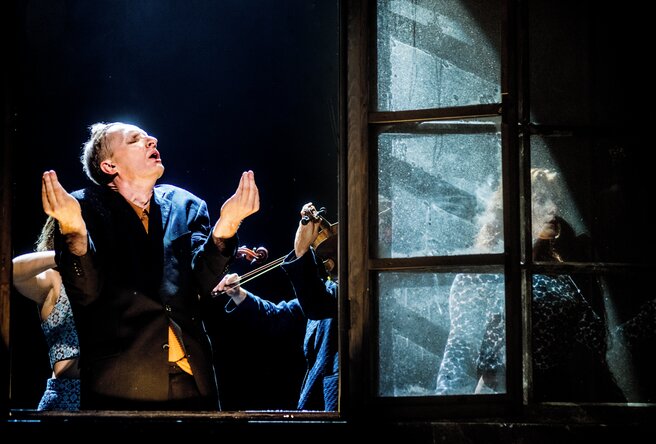 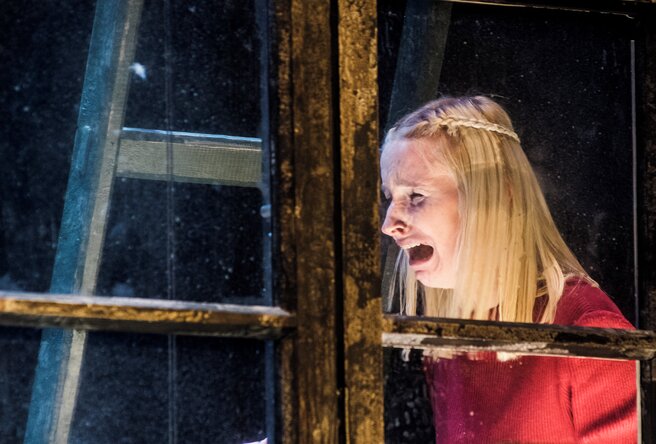 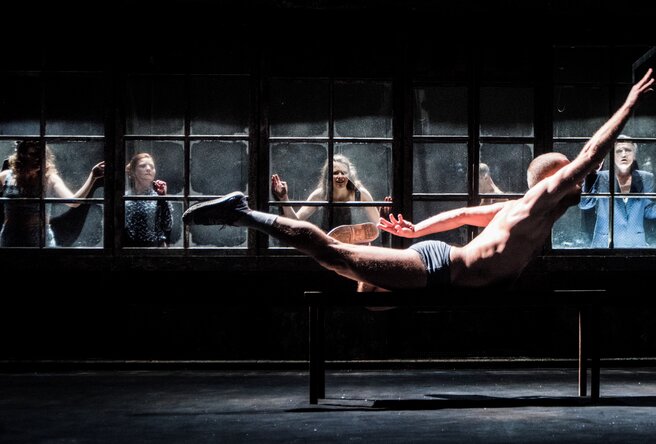 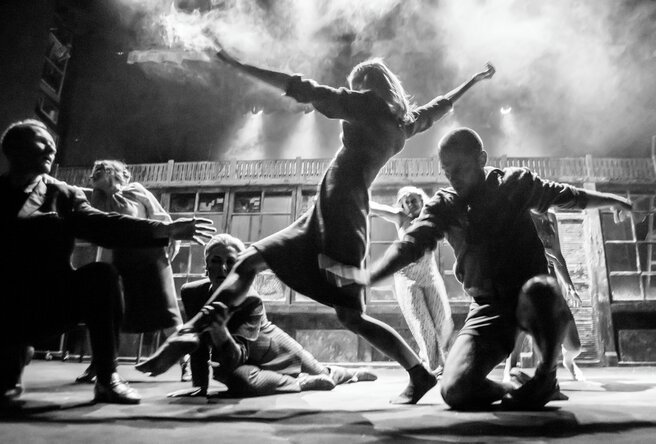 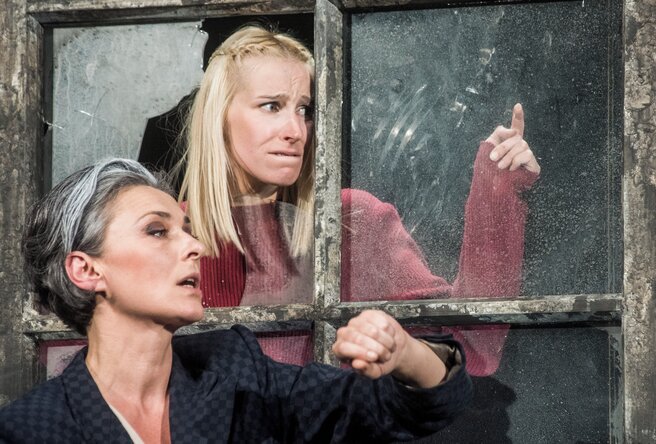 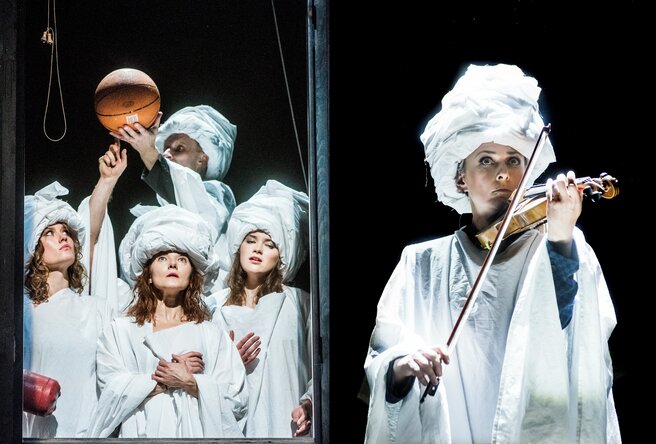 “Proposes a complex social analysis through dance and emotions.”