Strømgren managed to create a small, whole universe of steadily escalating madness that was chilling but also hilarious and oddly affectionate.

These performers, under Jo Strømgren’s direction, project comedy, cruelty, pathos, and puzzlement so explicitly and with such punch through intonation, expression, and physical evocation, that the nonsense language they speak sounds clear as a bell, and you could almost fool yourself into thinking, afterwards, that they were speaking your mother tongue.

In a remote valley, three nuns are serving time in a small convent. Their spirit is about to reach rock bottom. Lack of signs from above is not making it easy. Nor is the lack of bread and water. Keeping track of the holy truth is a hard assignment – and even harder when you are hungry.

Doing theatre about religion is more difficult than ever. Especially when you want to harass the conformity of mass religion. People seem to get killed for their jokes every now and then. But Catholicism is rather moderate in such terms and turned out to be a good source for mockery and deliberate misinterpretation.
Theology is however not the target of this show. More likely the tendencies of people hiding behind a religious image in order to achieve other goals.

So why Swiss German? Switzerland is famous for its multitude of extreme sects. Maybe this is due to the topography of the country with convenient little valleys to hide away in. To audiences familiar with Switzerland this will underline the absurd tenor of the performance, complete with misinterpretations of religious rituals. For those not that knowledgeable of the conditions in Switzerland, the performance will give a general picture of religions’ ability to confuse, manipulate and divide. 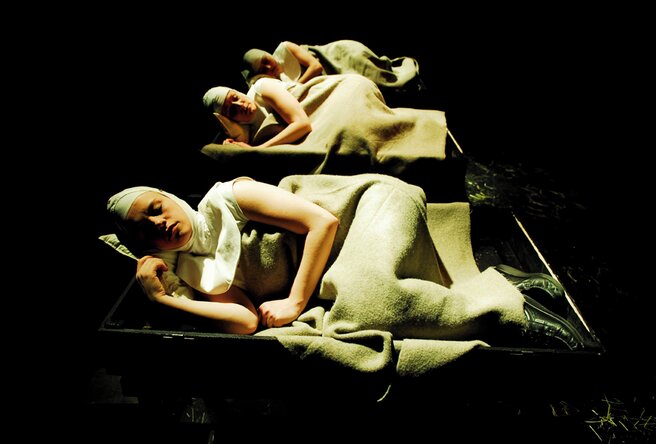 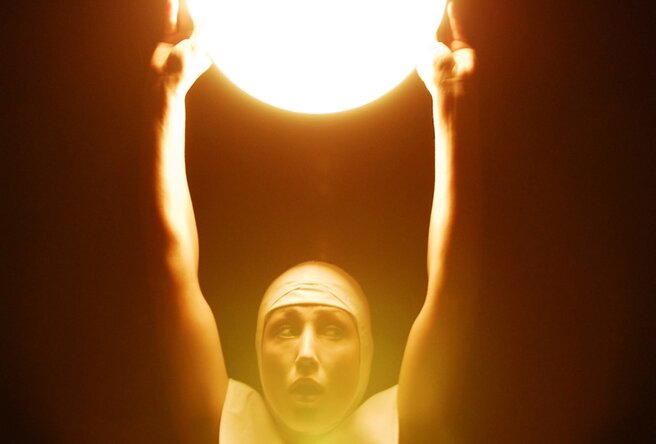