WELCOME TO THE FAROE ISLANDS

In addition to exposing a defect in the academic rhetoric, Welcome to the Faroe Islands also show the weakness of the audience. We understand how little we know and how easily we are fooled to accept information, as long as it is passed on in credible direction.

A green emerald in the blue Atlantic Sea, a pocketful of mysterious cliffs and juicy grass slopes with bearded locals and windblown sheep. But what ’s really going on out there? Can we trust travel agencies and polite historians? Sometimes we need an anthropologist to decode customs and rituals of savage indigenous tribes.

An anthropologist presents an hour long slide show lecture about his trip to the Faroe Islands. With him is an indigenous Faroese boat builder with a full-grown beard to demonstrate language and different customs. The point is of course that all given information is false. Wrapped in ambivalent wit, the performance comments the general lack of knowledge people have about these islands. Or any island or place for that matter. People tend to think we know much about things, while in reality they have no clue whatsoever. The performance is also a comment on our hunger for exoticism. People tend to desire other nationalities to be different and strange. And they tend to define themselves as very much different from everybody else. Where anthropological illusions start and end is a vast subject to cover, though. The performance does not dig deep into that, but merely offers a chance to see how ridiculous viewpoints upon others can be.

There are at the moment no plans for further performances. 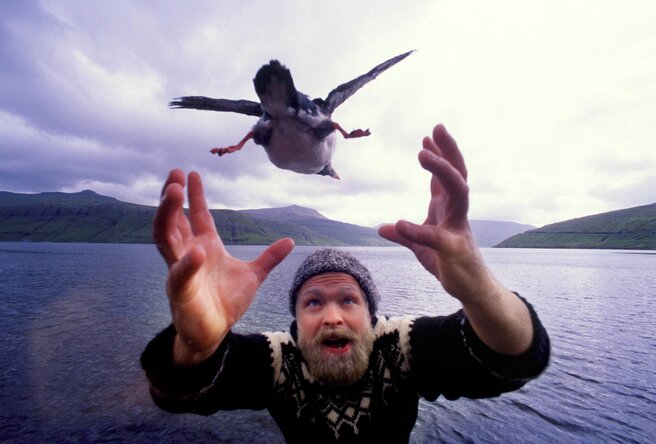 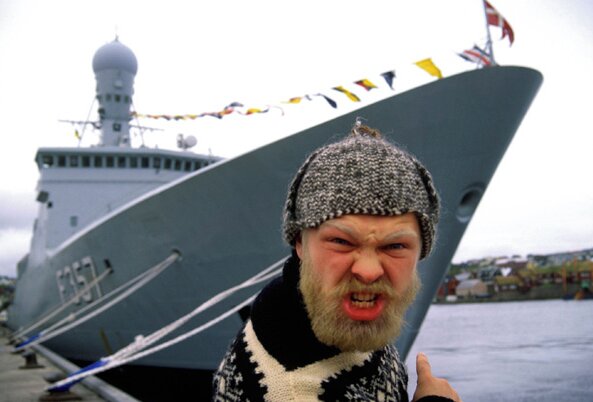