An exceptional experience in the form of the best of contemporary movement theater.

THE LOFT bathes in gallows humour – showing it to be a true human coping mechanism that enables folk to laugh at the twin faux of evil and error.

Four female co-workers sneak into an attic during their lunch break, where the friction between them sets in motion a series of conflicts. Feelings of unrequited love and surreal dreams hinting at unspeakable wants allow the women’s repressed instincts to emerge, revealing a caustic existential grey zone full of alarming questions that seem to add to the bubbling cauldron.

Friction between people in a confined space is a timeless problem that has afflicted our species since we began living in caves. THE LOFT reminds us that in in modern life we’re still grappling with that same ancient problem. In many cases, the aspect of psychological strain is more problematic than the situation itself, and people can quickly lose sight of what is trivial, what is important, and what is ‘merely’ existential.

THE LOFT shows women in chaos and in control, impassioned and struggling at the bonds of temperance.

On stage in THE LOFT are Henriette Hamli, Ellen Lindblad, Nora Svendsgård and Angela Dematté, all of whom are dancer-performers with powerful stage personae. The plot of THE LOFT twists and turns unpredictably and depicts life under the microscope – for women in particular – and people in general. 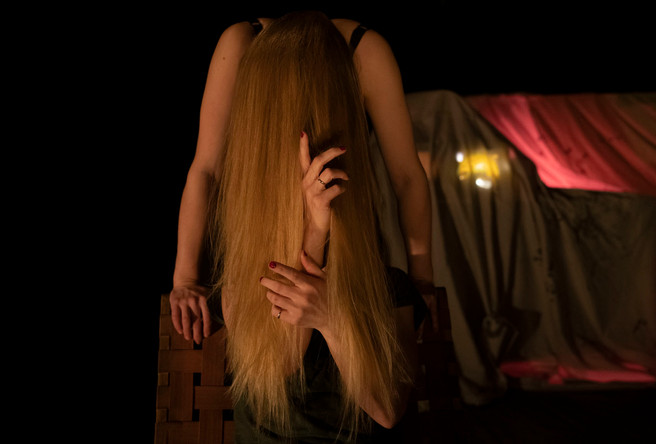 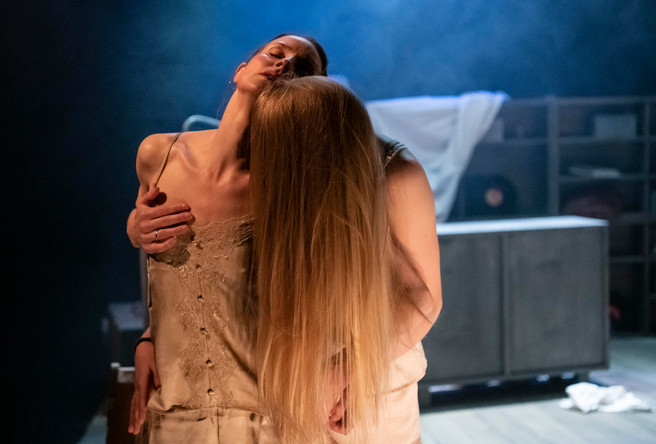 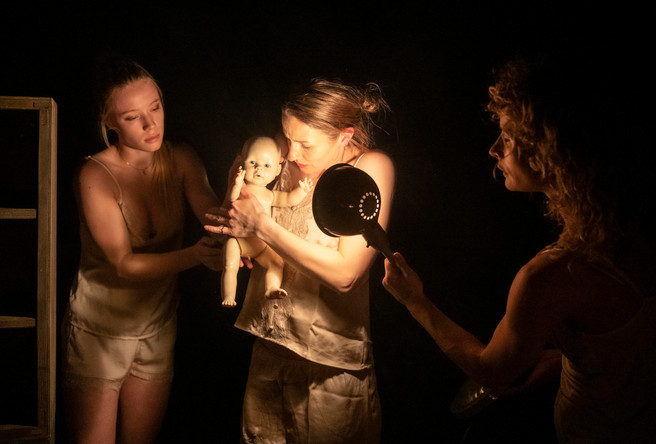 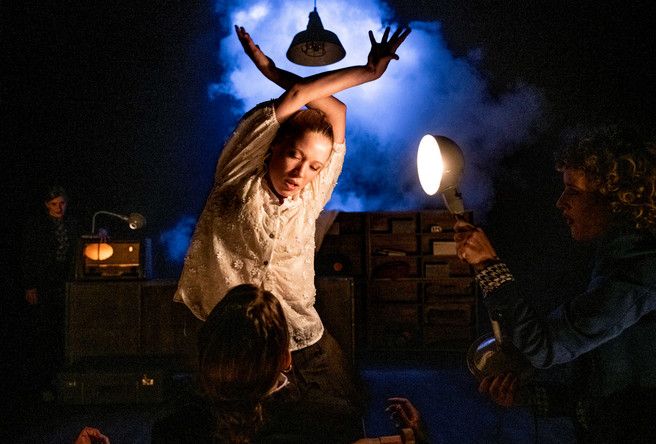 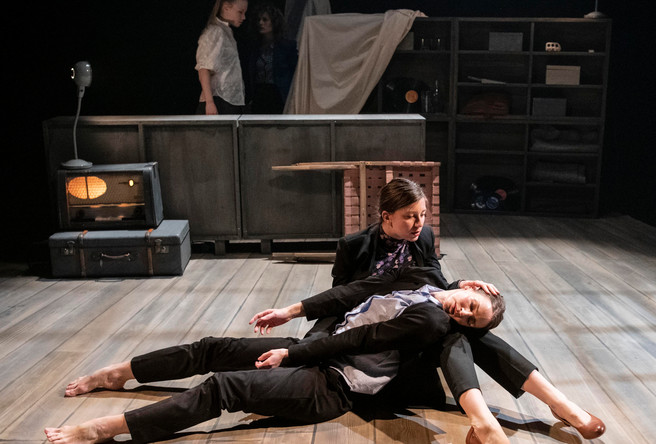 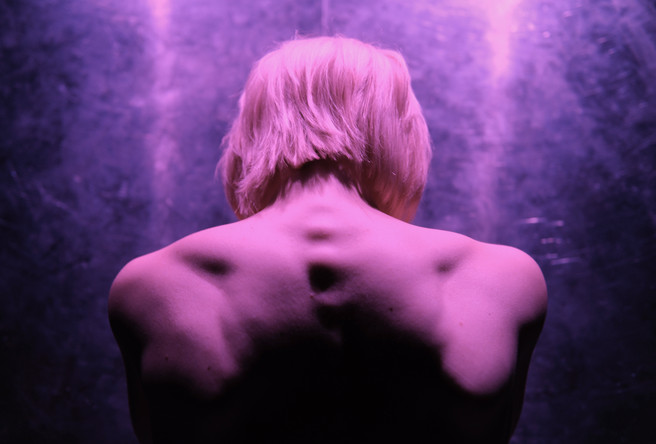