A fun and successful dance theatre piece, filled with depth.

Applause for an original dance evening.

A humorous piece of genius.

Football as a ballet for the masses, ballet as an unconditional competitive sport – what ultimately fascinates us is skill reflected in the mirror of our own inability, whether it be in the sports arena or on the theatrical stage.

JSK’s A DANCE TRIBUTE TO THE ART OF FOOTBALL has been performed numerous times all over the world since 1998. In HATTRICK, our coproduction with Staatstheater am Gärtnerplatz, München, a 2015 version of JSK’s long living football performance forms part of a three-part ballet evening circling around the myths and realities of football and masculinity.
Italian star choreographer Jacopo Godani and Marco Goecke, in-house choreographer for the Stuttgart Ballet since 2005, joins Jo Strømgren in this production, with their choreographies Cry Boy and Versus Standard. Competitive sport and dance meet where the body – embedded in an external reference system of time and space – becomes the element of a market within which only pure performance at the limits of what is physically possible determines value.

Heaving crowds in massive arenas admire, cheer and gawp at the young bodies of football players who follow the rules of the game like machines, choreographed by trainers and referees. With amazing toughness, flowing movements, fast-paced running and deadly accuracy in goal shooting, their steely bodies have to function like well-oiled gears if they are not to arouse the anger of the fans. No-one knows what lies behind the speed, the agility and concentrated power, because everyone is only interested in the myth of the hero: strong and tough, physically insensitive and unerringly close to victory – the ultimate team player, man of action and role model. 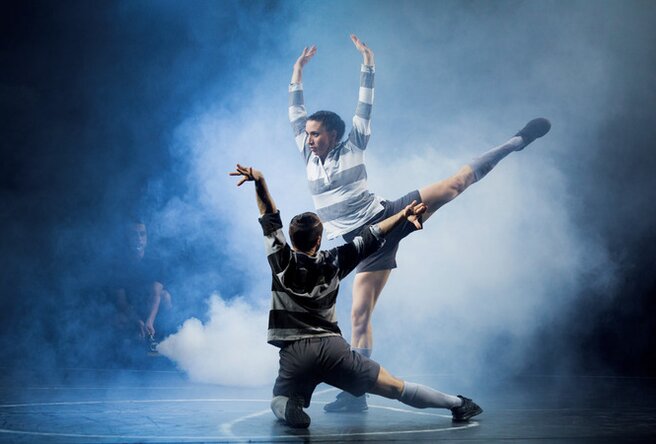 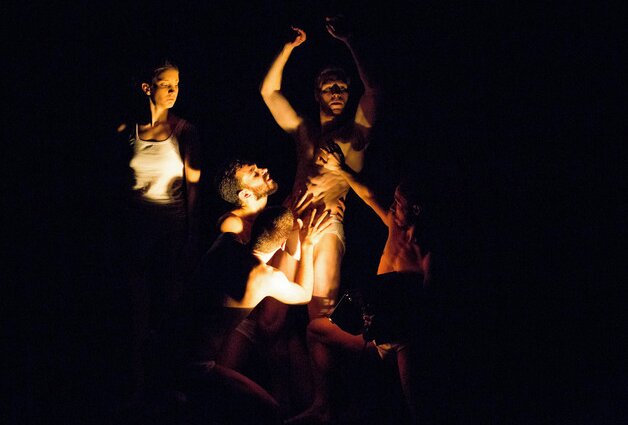 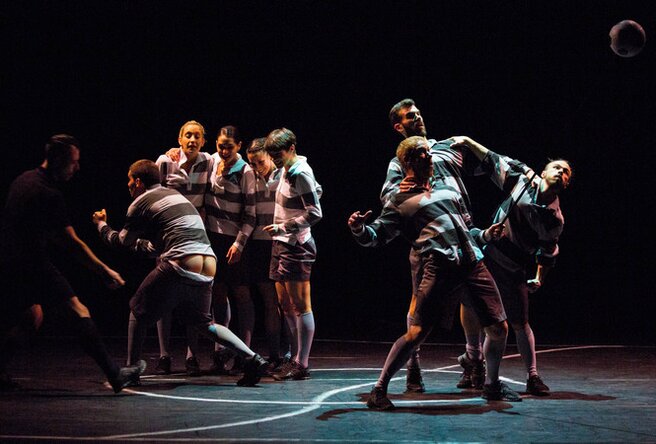 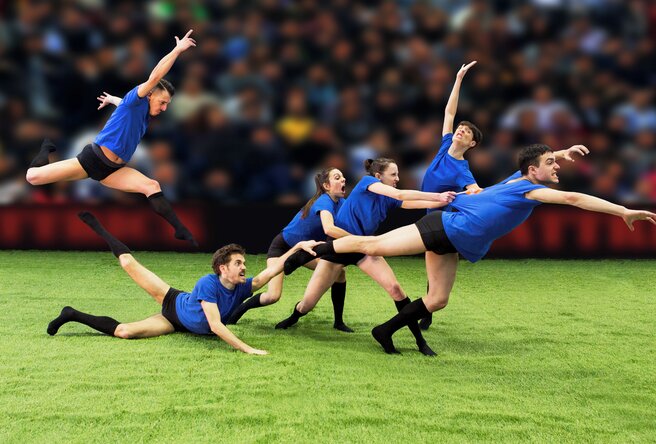 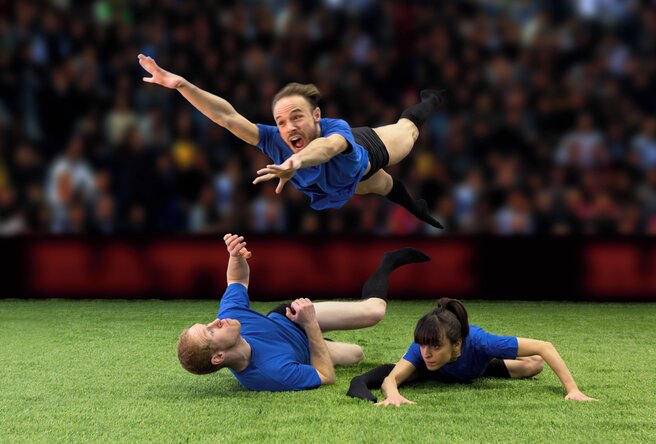