Can men really fill the needs of women? Females can say they are satisfied, but what do they really feel deep inside? Through 5 acts and 5 time periods, we follow 5 women and 1 man. Unfortunately the man dies in every act. Co-production with Pushkin Drama Theatre Moscow.

”Estrogen” does not aim to provide new facts about the difficult co-existence between the sexes, nor does it claim to serve any philosophical answers on gender issues. It is a satirical examination of the male role and female expectations from a wide range of viewpoints. Perhaps the audience will find some truth there also, like for instance that the world is not as contemporary as we think. And that history hasn’t changed much.

The Pushkin Theatre is one of the main institutional theatres in Moscow, with two stages and a permanent company of actors. “Estrogen” is a commissioned play for the main stage, involving free artistic hands. 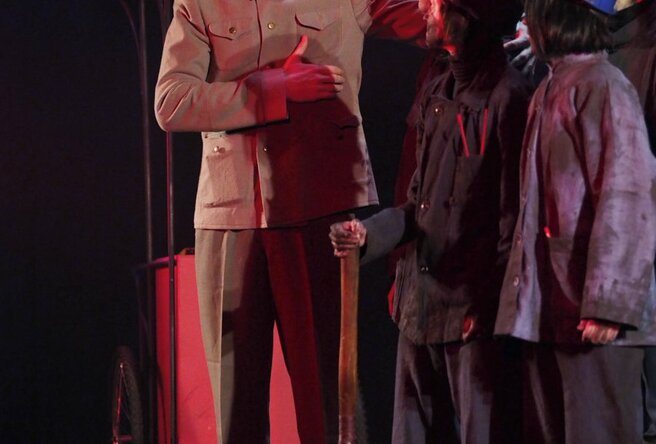 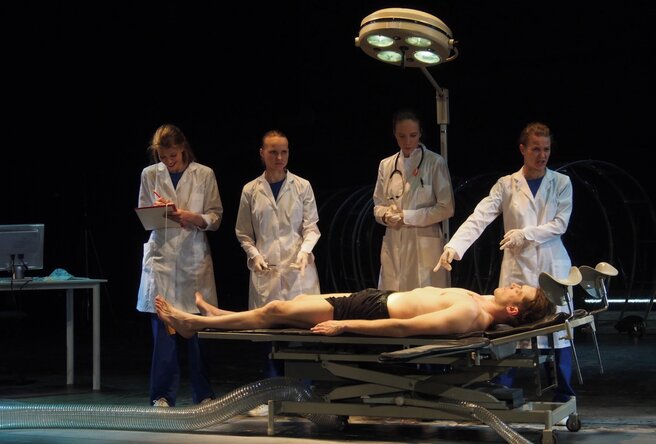 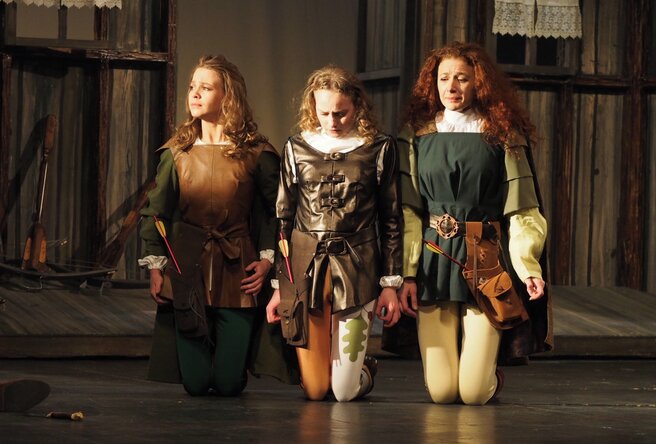