A DANCE TRIBUTE TO PING PONG

A treat for the eyes and a wonder of human movement.

Jo Strømgren has once again dived into the seemingly inexhaustible pool of ideas that he possesses.
★★★★★☆

Ping Pong is not just a sport. It’s a philosophy. The intellectual recipe is a mix of Yin and Yang, Heaven and Hell, Stephen Hawking and Uri Geller, with a dash of Kahlil Gibran and Bruce Lee on top.

This is an independent continuation of the peculiar symbiosis of sport and dance JSK developed in 1997 with A Dance Tribute to the Art of Football. This original idea, the first of its kind ever, has been a strange bird in the international dance fauna. With close to 500 shows in 23 countries and still running strong, a number of prizes, and an inmense press coverage, it’s still represents an academic dilemma – is it populistic entertainment or cutting edge contemporary dance? The paradox of the football show is that it was meant as a short lived happening with a shoestring budget and a hilariously short rehearsal time.

A Dance Tribute to Ping Pong has been on the sketch board for almost a decade, in search for the right moment where the company can be sure of sufficient time and resources to take the potential further. The new production maintains a fearless approach to popular culture references and represents the more pure dance style of the company. In addition, puppet theatre is particularly present this time, along with a voiceover in badly spoken English. The show’s storyboard have deliberate similarities to the average american B-film script – a team of bleach white youngsters are taught Eastern philosophy in record time and take ping pong to a transcendental level. The thematic greyzone is deliberately grey – bouncing between respectless blasphemy at worst and charming naiveness at best.

In June 2015 a Czech version of A Dance Tribute to Ping Pong was made in collaboration with the Czech dance company 420People and Festival TanecValmez. 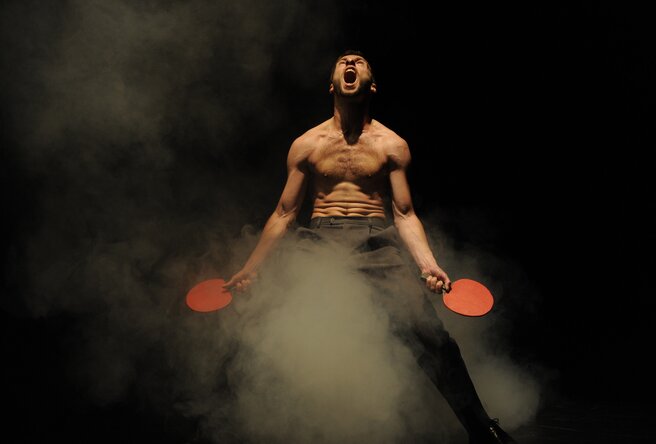 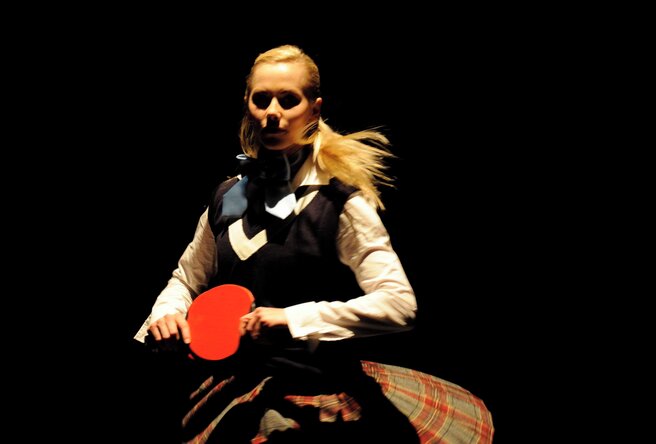 “A Dance Tribute to Ping Pong” is just breathtaking! Loads of fun mixed with amazing theatre and dance performance.

an audience member at TANECVALMEZ 2015