This may be one of the most original shows of this festival.
★★★★★

The Hospital is physical theatre at its very best: daring, dark, unpredictable and charged with compressed intensity. The skill and courage of the performers is breathtaking.

Samuel Beckett really couldn’t have done it much better.

In a remote hospital, three nurses try to endure the lack of patients by injuring then treating each other, performing their duties on themselves as an alternative to the real thing. Not a healthy activity, but it passes the time. A military chopper is constantly passing overhead, revealing a far simpler explanation for their problems.

This was JSK’s first show with an all-female cast. Which came as a surprise to many due to the rather masculine image of the company. The choice brought fresh air and new inspiration. The show became a confirmation of the company philosophy on nonsensical languages and the allocation of a local aesthetic to each production. In short – the idea of traveling around the world with something Icelandic, both in theme and language, would have scared most people off before even trying. But after highly successful touring in 22 countries, and still being very much alive on the touring repertory, it is appropriate to suggest that the usual preconceptions about language barriers should be reconsidered.

The first long international tour was completed with a month-long run at the Sydney Opera House, with daytime leisure on fantastic beaches full of men in tiny swimsuits, before the final stop and final verdict – Reykjavik. Standing ovation from the victims of the mockery itself was another sign of the company being on the right artistic track. The company still thinks it should have gotten a medal of honour from the Icelandic Minister of Culture for their worldwide promotion of their culture. Considered also that Norway has been Iceland’s main enemy for 1000 years, the company effort is even more impressive. The company is still waiting for this recognition. 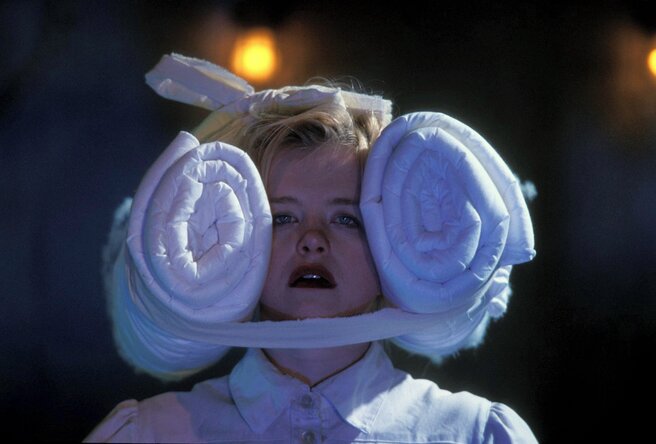 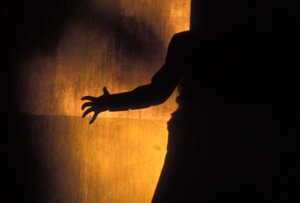 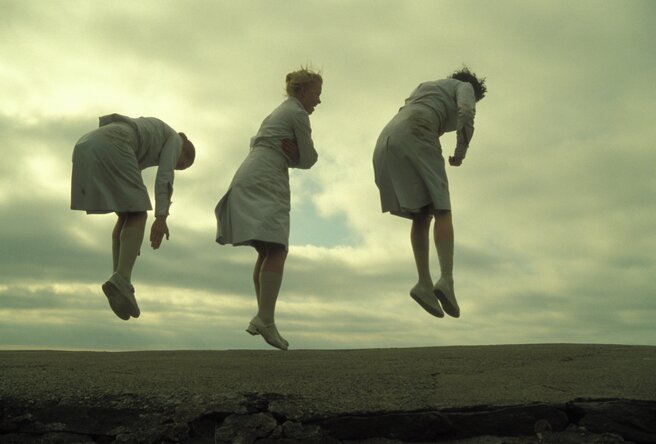 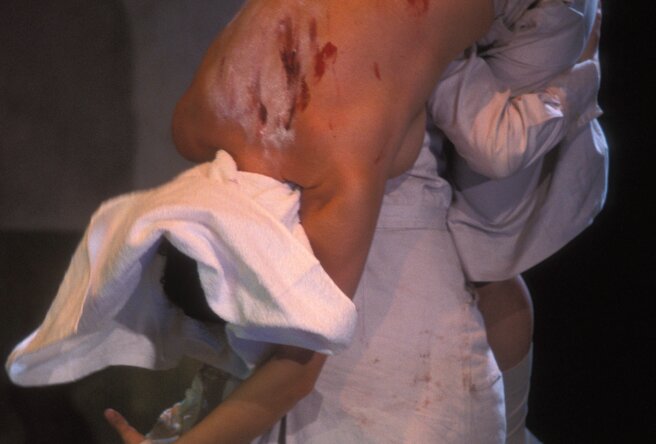 ”The Hospital” is exciting, rich and challenging theatre. Take a chance on it!

Jo Stromgren steers this raw and unremitting piece with precision. He never lets us rest easy. A truly original vision is revealed here for anyone who wants their artistic perspective stretched to its limits.

In “The Hospital”the visual images are equally strong, and the quality of the performances – by three powerful dancer-actresses – is stunning.

Three dancers through the potently created images of the provincial nurses demonstrated drama of socially isolated people. Emptiness, longing, bouts of cruelty, hope, hunger of kindness and love… Success of the performance is certain, because everyone at least once had to pass through the similar feelings and to quell pain of loss.