If you find this performance coming to a venue near you in the future, kill for a ticket.

Strømgren’s gibberish transforms the image of the timid and anxious to an appeal of resistance. And with such precise poetry.

Four hardcore bureaucrats have for long been stuck in an office deep inside a government department. Secret message deliveries and bleeping lamps control their daily chores and the outside world has become nothing but a blurred memory. But they manage. Until one strange day when the smell of freshly baked bread fills the air.

THE DEPARTMENT balances on several edges – using the extremist political frame to express a tribute to arbitrary mistakes and general confusion. In the show, the spill of a coffee cup destroys an important message. Halfway reconstructed, involving some desperate improvisation, it is passed upwards to some apparent decision makers. The effect turns out to be dramatic – soon afterwards there are signs of a revolution outside. The destruction of a society is not humorous at all, but a focal point on general human insecurity is bound to involve a lot of humour. No matter how complex and sophisticated we build our institutions and bodies of power, we cannot avoid the weakest link – the human. After all, the ones to push the buttons and pass on information are the closest relatives to the apes. Human mammals who have been breastfed by their mothers, who dream about butterflies in the night, who drool at the sight of chocolate pudding, who are afraid of monsters in the closet until they die, even though they pretend it’s a childish thing.

With a Polish sound to the language and a visual world that reminds audiences of something utterly East European, at least according to their preconceptions, the show could have been limited itself to comment on a time period long gone. But as our contemporary world is getting more confusing each day, the theme is highly relevant. People understand less and less about who really is in charge of decisions and how/why they are made. Our times provide a record number of conspiracy theories, for instance. Sending hints back in time with this show is deliberate, showing that human evolution is more of a cosmetic concept. Confusion with vacuum-tube post in the show cannot even begin to compare to the confusion of messages through the internet today. 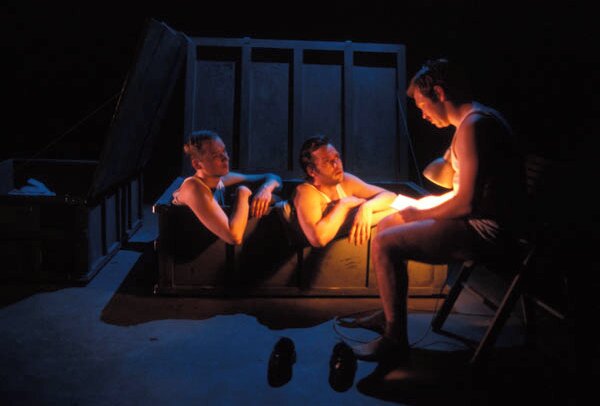 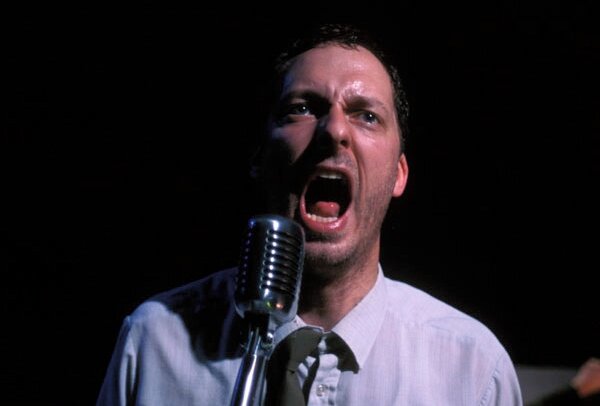